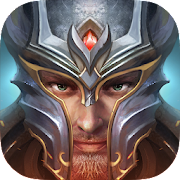 Rally the legendary heroes to contend for the Imperial City of Atlantis! Arthur Empire, a 3D MMOSLG game integrated with the features of SLG, RTS, and RPG, is where you train your heroic troops to conquer cities and ascend to the very top of supremacy!

The throne is up for grabs, and build up your force to be the overlord that dominates the Middle Earth!

My lord, time to gear up and head into your first battle! The road to glory teams with challenges that have to be tackled before you make it to the Imperial City of Atlantis. Team up with your allies, no matter where they come from and what their statuses are, you can have a great team that works

2) Territorial conquest and diplomacy
1 Imperial City and 40 Cities are open to being conquered by all lords.
Warband needs your master strategies to fight or negotiate, taking as many cities as possible.
Stay alert for the nefarious rebel attack! But you should always be brave enough to venture into the uncharted terrains of Lost Temple.

3) It’s a strategy that matters in a war
Real-time battles that involve global players.
Valiant and charismatic heroes fight side by side with troops, giving full play to their war talents.

Infantry, Cavalry, and Archers – choose the most suitable troops for your hero to lead and win.

Join a Warband to fight alongside with lords around the world. Rally together and Assist each other to make your Warband stronger.