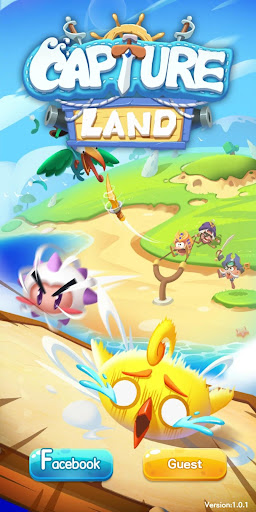 Throwing knife game is a very old medieval pirate game. It is said that the pirates in ancient times often had conflicts with the crew due to the uneven distribution of treasures.

Later, a very clever and pirate king invented the throwing knife game. He gave each crew a knife to distribute the treasures by their flying knives skills.

The winner with the highest occupation of the territory get the most treasures. At the same time, he could always train the pirates' flying knife skills.

From then on, those pirates will no longer argue over how to distribute the treasure...

With the passage of time, fewer and fewer people understand this game, even less known.

We visited many ancient villages on the islands and communicated with the elderly to verify the specific rules of the sport, and finally presented this game to everyone.

The core of the capture land is to use flying knives to occupy as many territories as possible.

Each time the contact point of the flying knives will extend a cutting line, each player needs to race against time to find the perfect contact point to maximize the territory in the ever-changing battlefield.

Where to throw the knife is the result of a series of precise calculations, come grab your knife to get the most territory and become the ultimate winner!

Want to know if you are qualify to become the Pirate King?

Come and try capture land, use your perfect knife skill to stand out from the pirates all over the world!

We provide Capture Land file apk for Android 4.1+ and up. Capture Land apk is a free casual game. It's easy to download and install to your mobile phone.

Please be aware that maximumandroid only share the original and free pure apk installer for Capture Land without any modifications.

The average rating is 5 out of 5 stars on playstore. If you want to know more about Capture Land then you may visit AmazingHamburger for more information

All the apps & games here are for home or personal use only. If any apk download infringes your copyright, please contact us. Capture Land is the property and trademark from the developer AmazingHamburger.