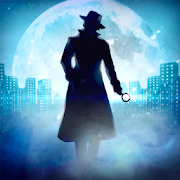 Can you become a true detective? Can you discover the mystery of the murder in the art studio of Conor High School?

Max Mystery was a regular teenager, except for his love of puzzles, mystery and adventures. His senior year at Conor High School was coming to an end, and Max was looking forward to the prom, when... His friend, Alex, was found murdered in the school's art studio. Play the adventure game to catch the murderer of a good friend! ????️

- Play new puzzle game offline for free, with no subscription, no energy boots, no registration, no ads.
- Start by examining the crime scene and collecting the first clues.
- Take a closer look at the suspects. It's worth checking their motive and alibi.
- Open new rooms full of secrets, puzzles and riddles.
- Seek for the clues and hidden objects.
- Find out all the secrets of this adventure and discover the mystery.
- Free the soul of the victim, reveal his story!
- Finally detect the murderer!

Reveal the murder mystery and catch the killer!

What is it ????
This is a new murder mystery game with a unique storytelling, lots of puzzles and nice art. This is the adventure escape room genre. It is absolutely free with no disturbing ads.

Why would you like it ????
Millions of fans enjoy playing detective games every day. But it's so hard to find really good ones with lots of tricky interesting puzzles, a deep mystery storytelling, with no ads and for free!
You will definitely enjoy Detective Max Mystery game if you are a fan of escape room games, hidden object games and mystery adventure games.

What is it about ????
Detective Max Mystery: High School Murder is the game about a crime happened in Conor High School shortly before the prom. Though Max is just a student, he wishes to reveal the secrets of the murder of his friend, Alex. Max is going to investigate the case, inspecting rooms full of objects, meeting suspects, seeking for clues and solving riddles. What is the motive for the crime? Rivalry, money, revenge or love? The detective will do everything possible to find the murderer and bring justice. ????️‍♀️

What is the aim of the game ????
Help Max to find all the clues to detect the murderer! Get prepared to solve multiple riddles, open new rooms, interrogate suspects and look for the clues, while the murderer is trying to puzzle you!

About the developers ????
We are a company of only 2 enthusiasts with a strong wish to create good interesting games. Jam Games.