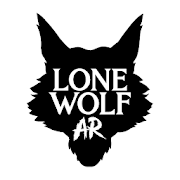 An exclusive world premiere preview of the first ever augmented reality role playing game for mobile!

Based on Joe Dever’s Lone Wolf (Lupo Solitario), the game transforms areas of Lucca into the rich fantasy world of Magnamund through augmented reality.

Complete the adventure to win prizes including grand treasures presented by the Kai Masters at an awards ceremony on the Palco Music & Cosplay stage at 4.30pm on Sunday November 4th.