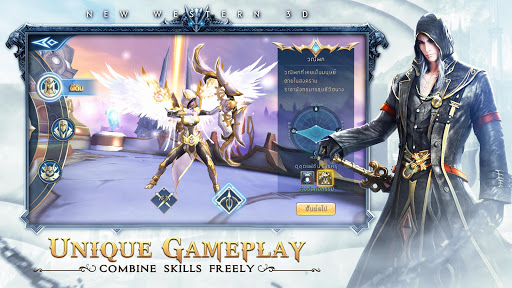 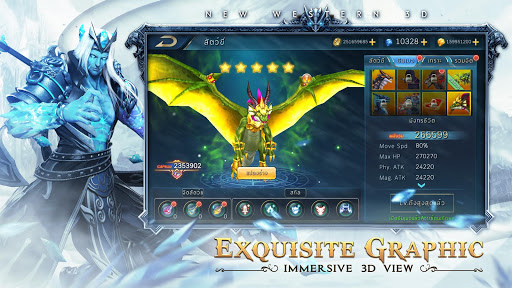 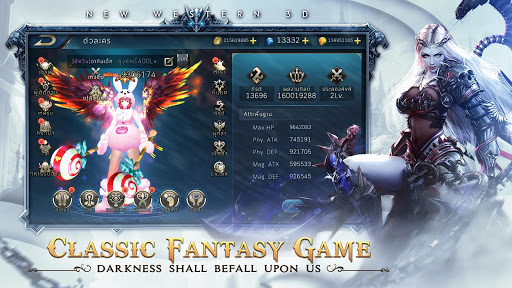 The story begins with a dark world in which the dragon tribe falls, the human elves join the camp of fire and the light of magic.

- Career system with up to three career options Divided into Vikings, humans and zombies. Each class has more sub-classes, such as killer, warrior, magician, summoner, dragon summoner.

Each profession has its strengths in skills and weapons. Magic strings representing the human race Which has high movement and maneuverability Or strong Vikings Survive high in dire situations

- Boss battles are not normal boss battles. But a battle that adds excitement Satisfied to all the fighters. Each Boss scene has a different feeling.

The strength of the boss that invites you to be energetic. With bosses in both the general scene and the PK freely Players can choose the boss according to your power.

In addition to the boss battle, there is an arena system that allows you to fully unleash power in both PvP mode and Moba mode.

Which is divided into deadwood runes and general runes Ultimate runic runes are for every profession.

Which players can remove or add runes as needed Advances can be used to seal the seal to upgrade.

This system increases the color of your battles and changes over time. Tear down the content and style of old battles with monotonous battles.

- Independent trading system That you can trade in the market comfortably Or can sell a specific product to just one friend You can set the price as you want.

If the item sold has expired The product will be returned to the owner via email.

- Character equipment system That is extremely strong for the character Both magnificent light wings A fierce riding animal that fights alongside your elves or soldiers, serving as followers, nicknamed fashion outfits that can be chosen to complement your army. Also able to upgrade to a higher quality

【note】
※ Lost Dynasty has pictures of fighting attacks that do not contain bloodshed. Or horror pictures
※ Lost Dynasty is designed for players to experience romance and virtual marriage.
※ Lost Dynasty has a shop that sells goods, please play the game to your satisfaction according to the ability to play the game and avoid excessive spending.
※ Playing for a long time affects normal work and rest, including proper exercise.
We are happy to solve any problems you find in the game, please contact us!