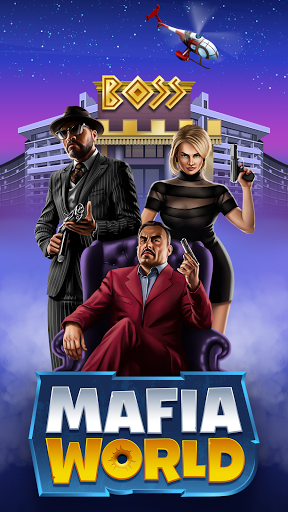 -Empire-Building
Build the Mafia Empire / city of your dreams, and farm resources to train your Bosses!

-Jobs & Crimes
Commit crimes, loot rare items and successfully complete jobs for unique rewards that will help you grow in the world of Mafia!

-Multiplayer Looting (soon)
Loot storage depots in real-time together with other gangsters and collect exclusive items and resources!

-Upgrade Everything
Level up your Bosses, buildings and weapons!

-Play together
Start or join a Clan (soon), chat with other players (soon) and compete in epic clan battles!

Mafia World is a free crime game that will remind you of classical criminal / mafia themed games, transformed in a brand new Mafia 2020 style experience.

Become a Mafia Boss and build your Crime Empire now!