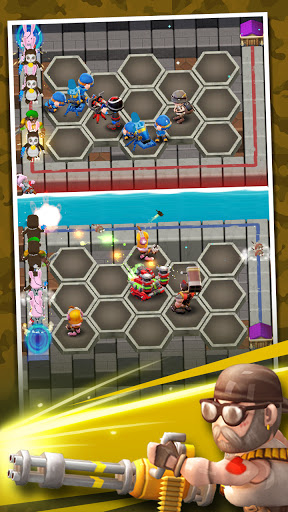 The thrilling Defense PvP of cute toys!
The thrilling battle of toy soldiers who played with them as children!
Be the commander of the toys and guard the toy base!


The new return of toy soldiers who played with them as children!
Create your own defense strategy with a variety of unique toys!


Will it compete with users around the world to determine who is the strongest in the defensive battle?
Will we work together to implement various linkage strategies?
The choice is yours.

★Game Feature
- Defend the base from the surging enemy!
- Co-operation to defend the base with your friend!
- More than 50 unique toy soldiers!
- Win the league and aim for the best commander!
- Unlimited random defense PvP with global users!