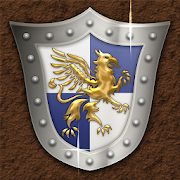 [eXplore Deep Magic]
Explore the legend that buried for a long time and discover treasures, artifacts, creatures in the Magic World.

[eXpand Large Territory]
Conquer the castles in the forbidden fields, the Mystic forest, even the Flaming Hell,expand your empire.

[eXploit Your Kingdom]
Build, Develop, Upgrade Your Kingdom to accumulate wealth and recruit an army of epic units.

[eXterminate Epic Boss]
Create an Army that is truthfully undefeatable,destroy the enemy of Humans, Elves, Angels, Elements, and even the undead legion.