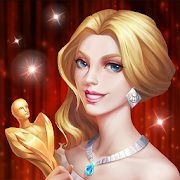 Game description:
Movie Inc. is a management simulation and time management game. Players will construct their own DIY cinema, hire their favorite actors, and film their own moves depending on their own favorite genres to earn massive box office profits. Completed movies will be screened internationally, with worldwide marketing campaigns and roadshows. Players will compete with each other on a leaderboard for the title of best movie mogul.

Business Simulation
The DIY construction system allows players to create the movie company of their dreams. Recruit superstar actors and make epic movies to become a movie mogul and a box office legend.

Art and story:
The game has an exquisite art style, with high-quality details and special effects, and impactful visuals. Sound effects are casual and pleasant. The story is coherent and fascinating, making the game fun and immersive, in order to better engage users.

Gameplay innovations:
The game combines business simulation with casual puzzle-solving. Controls are simple and easy to learn. The game is suitable for all ages.

Replayability:
In the game, there are hundreds of actors, thousands of screenplays, and dozens of movie genres available. Players may mix and match to shoot millions of different movies. Box office earnings will depend on the player's assessment of the current film market.

Background story:
Players take on the role of an Oscar-winning actor. After reaching the peak of his career, he hopes to move on to another phase in life. He obtains an ancestral mask that bears a mysterious power, allowing him to view how actors and screenplays will affect the final movie. With the mask and the help of an old friend, he launches his own movie company. Things do not go as smoothly as planned, as the powerful Megastar Films becomes a huge obstacle to their success. Worse still, Megastar already know about the mask, and are planning to acquire it through subterfuge and sabotage. Can their movie company make a blockbuster movie, defeat the competition, and become a true box office legend?