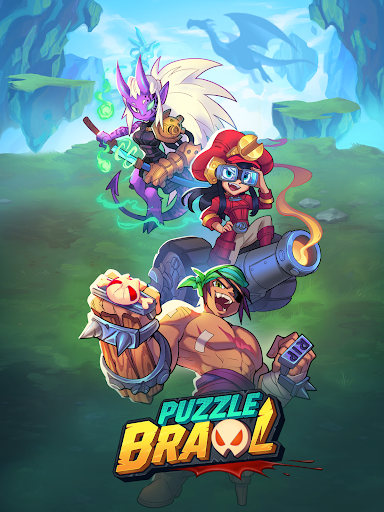 MATCH 3 PUZZLE BATTLES
You and the enemy take turns solving match 3 puzzles on the same board. Form powerful combos to smite the enemy heroes or play defensively to deny their most powerful attacks. Make fun skillful tile matches to take down your opponent.

PvP DUEL ACTION
Compete with players around the world. Steal their trophies by defeating their defending champions with glamorous puzzle moves. Climb to the top of the arena and collect awesome rewards!

TACTICAL FORMATION
Discover unique team ups by placing your heroes in different positions. Form the best attack and defense squads to earn the most trophies!

PLAY WITH FRIENDS
Form a guild with friends for even more Puzzle Brawling fun! Share strategies, donate cards to help your guildmates, build your own community! Compete with each other to see who is the best Brawl Master!