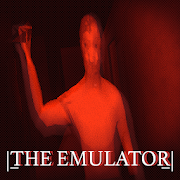 This terrifying experience was originally created in one week for Scream Jam 2018, in which it won Spook Award (Best Game) and Scare Award (Scariest Game).

The Emulator STORY :
When Sean's new girlfriend invites him over for dinner, the last thing he expects is a fight for his life! It's the night before Halloween and a new terror is about to be unleashed from the deep web! The Emulator!