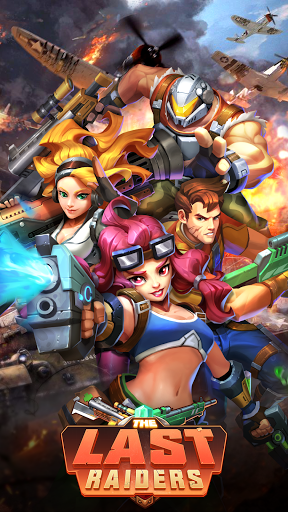 Four powerful heroes: Greg who charges into the fray and protects his allies, Jack who deals steady damage with his rifle, Triss who deals massive AoE damage with her cannon, and Arya who is equipped with two pistols and works as an effective supporter. They will be your most reliable allies.

[Various Weapons That Turn the Tide of Battle]

Weapons not only increase heroes' stats, but change their attack methods and ultimate skills as well. Weapons are categorized into four types: Physical, Fire, Electric, and Ice. A weapon deals more damage to enemies that are weak to its type, and less damage to enemies of the same type. Effective weapons will be the key to victory.

Based on rarity, weapons are categorized into Rare, Epic, Legendary, and Mythic. You can install weapons parts on your weapons to enhance them. Rarer parts provide more stat bonuses. Some parts have additional set stats. Install an entire set of parts to activate them.