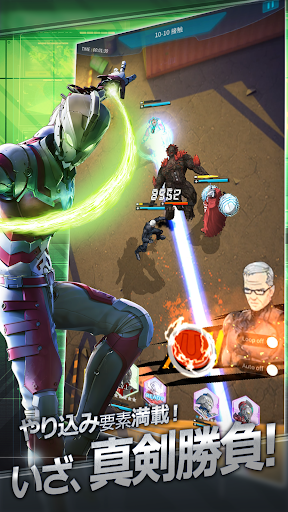 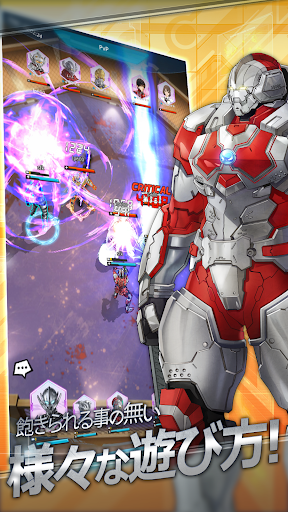 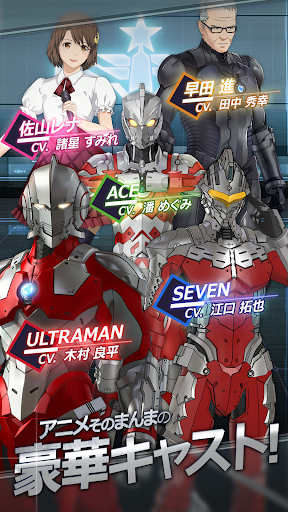 ULTRAMAN : BE ULTRA is the Ultraman's blood flowing inside me wants you to be Ultraman!
SINCE1966 ~
After half a century, a new era of Ultraman has returned to you!
Anime "ULTRAMAN", which has been broadcast worldwide on Netflix and has become a hot topic, is now available on smartphone games!

・ Story mode to relive that excitement
A story mode incorporating QTE (Quick Time Event) * is implemented!
That excitement and power in the game again!

A unique and powerful special technique is a trump card that reverses the battle once!
ULTRAMAN, the strongest hero ever to defeat the enemy!

・ Luxurious character voice!
ULTRAMAN: Ryohei Kimura
SEVEN: Takuya Eguchi
ACE role: Megumi Ban
The role of Lena Sayama: Sumire Moroboshi
Equipped with an original voice that can only be heard in the game!

-3D graphics of overwhelming quality!
Overwhelming graphics that go one step up from conventional smartphone 3D action games!
The texture of the cool suit that characterizes the anime "ULTRAMAN" is reproduced as it is
High quality 3D graphics increase attention!

"ULTRAMAN" from TV to smartphone!
Not only the characters that appeared in the anime and the original, but also those heroes gathered as game characters under the full supervision of Tsuburaya Productions!
further! "ULTRAMAN SUIT" of Mr. Shimizu's original design also appeared!
Pre-register now!

* QTE (Quick Time Event): An event in which the action changes when the player takes an action immediately after an instruction is given on the screen within a certain time.
* The images used are images under development. It may be different from the actual game.

Based on manga works serialized from the first issue of "Monthly Heroes" by Eiichi Shimizu x Tomohiro Shimoguchi (published in November 2011).

a new 3DCG animation will be made in 2019 and exclusively distributed worldwide on Netflix It is an animation work of the era.

This work has attracted attention not only from Japan but also from all over the world. The broadcast on terrestrial broadcasting has been decided since April 2020, and the production of Season 2 has also been decided.

Netflix also announced at the end of 2019, "The Most Watched Works in Japan", ranked first in the animation category and sixth in the overall category.